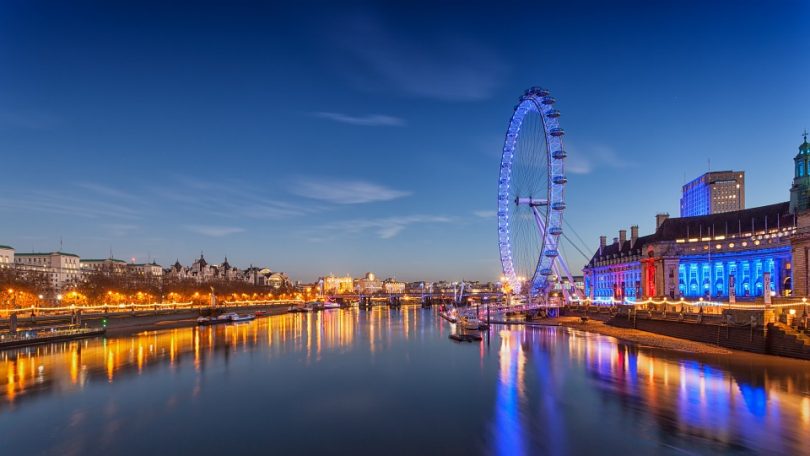 Rivers, for many years, have been the lifeline of civilization. Apart from being a utility and a valuable resource, a river can be a spectacular scenic spot and an irresistible natural wonder for the outdoor enthusiasts. Rivers can assume different shapes and vibrant colors which makes them unique and visually appealing to the naked eyes. Below are some of the most beautiful rivers of the world which accompanies some stunning cruises and resorts on its banks.

Top 10 Most Beautiful Rivers of the World

The following are the top 10 most beautiful rivers of the worlds: This is one of the most spectacular Slavic waterways that stretches 96 kilometers west of Slovenia and 43 kilometers northeast of Italy. Due to its emerald-green water, the river is best known as the Emerald Beauty and is one of the few rivers in the world that retain its color throughout its length. The river is also known for its crystal clear turquoise water that’s best suited for various water sports such as fishing and kayaking.

The serene environment and seemingly calm waters provide a peaceful and undisturbed opportunity for hikers and anyone seeking to explore the beauty of the great waterway. The Nile River is one of the ancient and renowned Rivers in Africa that’s considered the backbone of civilization. This river preserves a rich history and a deep-rooted culture of the Egyptian people. It’s on this water body that you can enjoy a rare view of the colonnaded Temple of Luxor and the adventurous circa 180-BC Kom Ombo that was built to honor the indigenous and local crocodiles.

The modern face of the Nile River is that of the rapid civilization characterized by a busy lifestyle, commercial businesses, and international trade. Apart from a cruise along the River, an adventure in this place include a ride on a camel as you pass the Great Sphynx of Giza. Germany is one of the countries, best known for its industrialization and first-world technological explorations. This beautiful country is never complete without a mention of its appealing and most scenic waterway that flows through the Saxony, Berlin states of Germany and Brandenburg.

Spree River showcases some of the best medieval architectural designs on its banks and is one of the major tourist attraction in Germany. This river makes to the list due to its incredible flow as a result of meltdown from glacial in the neighboring regions of Argentina and Chile. The locals in the region consider this river a blessing within the premier landscape. The Futaleufu River picks the top spot as the best whitewater river in South America and the World at large.

During summer holidays, tourists from all over the world take to Argentina to enjoy many water events such as river rafting, boating, and kayaking on this breathtaking waterway. Another exciting fact about Futaleufu is that this river consists of several types of fishes making it scenic and adventurers for the hikers. The Thames is England’s second largest river that flows through the capital, London and other small towns such as Windsor, Oxford, and Henley. It’s the main source of drinking water in the regions it crosses and even beyond Southern England.

As far as beauty and recreation is a concern, Thames holds a good position as one of the must Visit Rivers and a focal point for kayaking and sporting activities. Due to its scenic beauty, the river gives a stunning background to most of the city attractions. Surrounded by a plethora of natural beauty and scenic mountains, the Hudson River is undoubtedly a great escape for holiday and vacations. With a calm and serene flow on the outskirts of New York City, this river serves more than recreational purposes to what is considered the backbone of the American Economy.

Hudson River has thousands of attractions sites, picnic centers and amusement parks making it one of the most beautiful and must-visit River in the world. The Mighty Mississippi is the longest River in the United States. It starts off as an ordinary trickle of a stream in Minnesota. It’s one of the world’s major river systems in size, biological productivity, and habitat diversity. The river host different people from all across the globe for holiday vacations and voyages every year.

Mississippi is also a crucial commercial waterway and powers a significant economic segment in the upper Midwest. A cruise along the River could include stops at the Houmas House and the Oak Alley Plantation. The Rhine River is renowned for its fantastic looks. The curvy path of the river makes it a stunning natural beauty and a big-time bliss for the viewer. The Rhine River starts in Switzerland and crosses several countries including Germany, Austria, France, Liechtenstein, and the Netherlands.

Being one of the best picnic sites and holiday cruises in Europe; The Rhine River has a great deal of rich and diverse history. Some of its beautiful attractions are lined up on the banks and can be seen all along before emptying itself into the North Sea in the Netherlands.

This is perhaps one of the most gorgeous rivers in the world. It pierces through the Trois Eveches giant mountains and stretches for nearly 166 kilometers. Being one of the most scenic rivers in Europe, the Verdon River is famous for canyon and is also referred to as the Grand Canyon of Verdon. This river attracts many adventurers throughout the year most being rock climbers and hikers.

Canoeing, bungee jumping, fly fishing, paragliding, and Rafting are the other popular attractions in the area. This River is considered a natural jewel of France and travelers from all across the globe converges here to witness and admire the beauty of the Mother Nature.

Yangzi is the third largest river in the world flowing along a mind-blowing landscape. This river is one of the most interesting waterways resembling a perfect paradise for bon voyagers. The river starts in Tibet and flows along the limestone Three-Gorge area at up to 600 feet deep making it the deepest river on earth. Hiking along the river will take you approximately 14 days, strolling the Great Wall, exploring Shanghai and marveling at the waterfalls in WU Gorge.

Apart from its recreational importance, Yangzi is further utilized for a number of large-scale purposes such as power generation and transportation. Yangzi River flows across eleven provinces and cities with amazing scenery and several tourist attractions.

The beauty of a river cannot be personified better without a mention of the above-listed Rivers. The beauty of Nature lies deep within what we can appreciate with our bare eyes. It’s not scenic until you can witness it yourself how breathtaking and amazing the water bodies can shape a rather ordinary landscape.